Sirdan moved today, a fairly short distance south, and not far from Centennial Park. He will have more space for his amazing range of creative activities. – 14 October

Gary Lo has experienced more racism within Sydney’s gay community than he has in the mainstream community.

When he went to gay venues people muttered things like “fucking nip”. He found it almost impossible to get served at bars, as the staff would look straight past him. And when he tried internet chat rooms, the minute the issue of race came up people would say they weren’t interested…

Lo, who was born in Hong Kong but has lived in Australia since he was two, said people in the gay community seemed to think they had “more leeway when it came to racism”.

“It seems like anything goes with the gay community when it comes to race,” he said.

“Maybe it’s because there’s a sexual hierarchy of desirability on the gay scene. And Asians rank pretty low on that. No one talks about it but it’s pretty well understood.”…

It would be nice to think Gary is a bit oversensitive or paranoid, but it is sadly not the case.

I was shocked to learn last night that a couple of weeks ago M was physically assaulted by a gay person in what seems to have been a racially-motivated attack. M required medical attention, and the police were called in. Beyond that I can’t say more, as I normally do not publicise M’s business here.

As I have said before, racism is NOT an acceptable world-view; it is utterly irrational, it is a psychological problem, a personality disorder, and a great social problem. Give it no tolerance.

Issues arising from cultural conflicts and varying degrees of acculturation in a migrant context in a culturally diverse society such as ours are another matter, and often require careful thought, but such issues, let it be noted, are not down to the unscientific concept we call “race”, and are best sorted calmly and carefully, with an eye to fairness and compassion and, let it be said, tolerance of difference. – 14 October

I have no delusions of grandeur when it comes to this blog. I really don’t think my rants, which are far from infallible anyway, will change the world, though I do believe that the blogosphere as a whole can have a great effect through the channels of communications it may open up. One instance of that is recounted on Jim Belshaw’s blog, and strangely it concerns me and a friend of mine. Through our blogs, Jim and I managed to bring together my friend the Aboriginal actor Kristina Nehm here in Surry Hills and the artist Stozo Da Klown in the USA.

I want to thank you for putting me in contact with Kristina, she wrote me and I am completely blown away how the internet works and world community is and just the mysteries of life timing etc. I have been surfing the net for years 20 to be exact well that was even before this internet thing etc. She was a dear lost friend and our connection was priceless for me…

I would love to refer you to Jim’s account of this, but at the moment Blogspot is producing, not for the first time:

But it is the comment Ahmad has just added here that prompted my thought this morning: see Meanwhile in a country far away… Thanks, Ahmad. – 17 October

M, meanwhile, emails: spent a few hours at copacabana beach. by chance there were gay pride party in front beach. joined the party and danced 4 hrs… Not his photo; it’s last year and from an article in the Washington Blade linked to the pic.

Surry Hills is much more exciting, of course, as you saw here earlier. And I didn’t even mention last weekend’s Surry Hills Festival, because I didn’t go, being in Chinatown most of that day. You may read about it on James O’Brien’s blog. Better than Rio, James? – 15 October

The pics in this and the next six or so Redfern Visions sets have all been taken today in the area bounded by Cleveland Street, Walker Street, South Dowling Street and Moore Park — in other words between here and M’s place, being deliberately vague about where he lives. They were all taken in morning light. 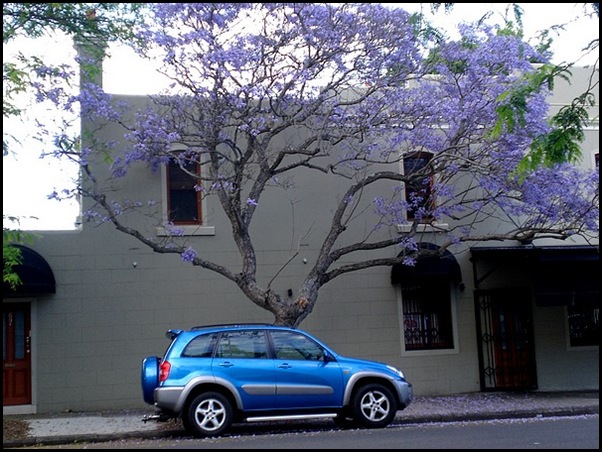 The jacarandas are thriving…

When West Wollongong can expect the NBN roll-out. But work has already commenced in Central Wollongong. See Crown St Mall to lead city’s switch to NBN.

How time has gone, is going!

And I see my blog is at the moment R-Rated – thanks to recent posts remembering the Bali bombing. Oh dear.  I just said another bad word! How about “b*mbing”?

Yesterday was Sirdan’s birthday. Naturally I spoke to him up there in Queensland and emailed him a virtual toast in Illawarra Brewery’s finest:

Despite his recent run-in with the quacks, Sirdan is really enjoying life as a country squire. He has sent me some pics today.

… with a very familiar figure from Rosebery there on the left … 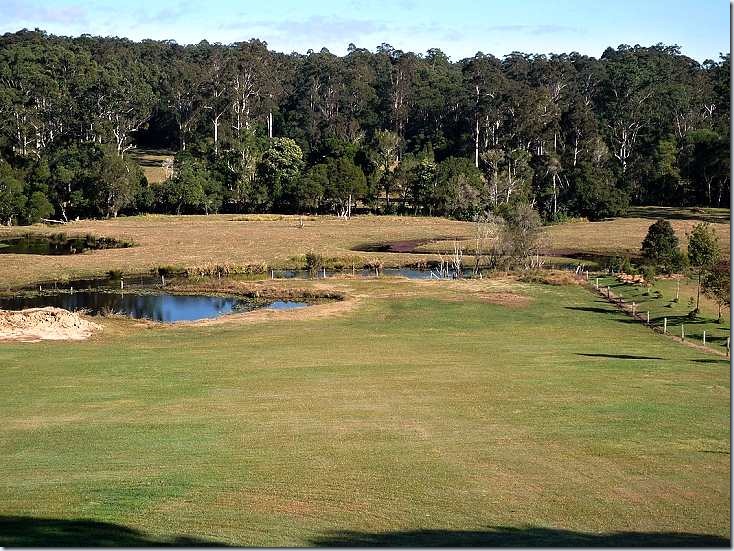 Not such good news.

I went for my normal annual flu vaccine, the doc started checking things, then asked if I had just run a marathon,

Now stuck in for the weekend… I had a heart scan, and a angiogram, watched the dye go ,

no need for any op, all clear, seems to be an electrical fault, so will need to have the circuit shocked to reset.

He must be going to have this done:

…paddles or patches are used to deliver an electric shock to the heart. This affects the electrical impulses in the heart and restores normal rhythm. This is carried out in a hospital. Doctors say that cardioversion has a success rate of over 90% in early-diagnosed patients.

Now this was a great day! Hard to believe it’s two years back. 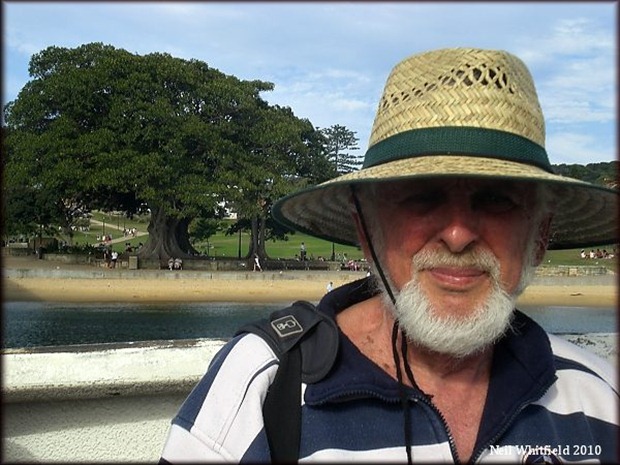 This morning here in West Wollongong is an autumn picture of a day! 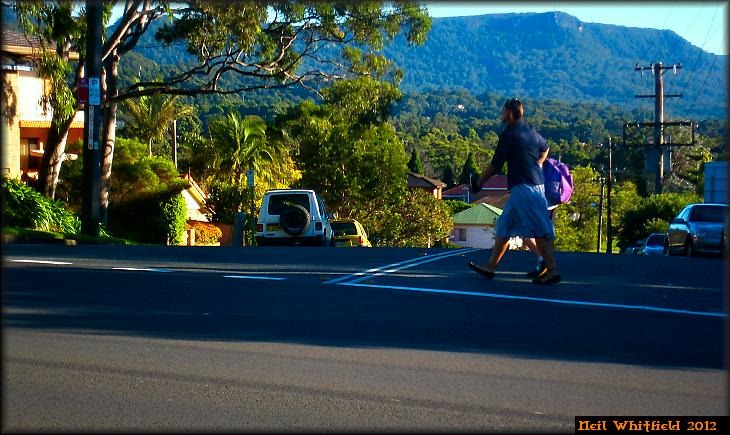 As you can see.

Not so yesterday morning when I set off to meet Sirdan and P for lunch in Martin Place.  In fact it appears I was lucky.

The sodden start to 2012 has caused some of the worst on-time running figures for the train system in years. Its inability to cope with serious wet weather was underlined yesterday when services were suspended on several lines and delays occurred across the network into the evening…

Trains were suspended on the Airport and East Hills lines after flooding at Bardwell Park knocked out signalling and prevented access to replacement buses.

Trains were stopped on the Eastern Suburbs and Illawarra lines by flooding at Town Hall and were out for most of the day on the Olympic Park line.

It’s true that for several reasons, mainly missing a bus at this end in the morning and then arriving at Wollongong Station just in time to see the express leave, I took from 9 am to 12 am to get from my door at The Bates Motel to meeting P and Sirdan in Martin Place – having got off the train at Town Hall. But on the way home the express back – just Helensburgh, Thirroul and North Wollongong after Sutherland – was on time and ran with no worries.

Passing Clifton – view from the window of the express yesterday afternoon. A few raindrops on the glass there…

There is a story this morning though:

Commuters should expect major delays on the South Coast rail line this morning after landslip detectors were activated at Coalcliff.

Trains were briefly suspended in both directions after the detectors were triggered early this morning.

Services have since resumed, but there are delays of more than 30 minutes and buses are supplementing some trains.

Commuters should listen for station announcements and check signal boards for updates.

Sirdan, P and I did talk about the sad story of the marvellous Sea Cliff Bridge yesterday. We wondered why they hadn’t made it longer in the first place, and concluded the usual reasoning: “save money”!

The State Government will have to plough an extra $10 million into fixing a landslip threatening Lawrence Hargrave Dr at Coalcliff and again disrupt traffic on Sea Cliff Bridge. Documents obtained by the Mercury also reveal the previous government scrapped plans to build a longer bridge which would have bypassed the eroding area because of the expense.

The bridge was built at a cost of $49million and was supposed to guarantee access between Wollongong’s northern suburbs. But seven years later, the State Government is again being asked to pay for remediation work and potentially close the road as an area near the bridge’s northern end is slipping into the ocean.

Only 5m from a footpath and 20m from the road, it has deteriorated, forcing the Government to dump boulders and rocks at the base while it considers options. The most likely long-term solution is building an 80m sea wall to buttress the land and stop it from slipping further, which would a be costly and disruptive.

Roads Minister Duncan Gay would not say whether the road would have to be closed during the work, however a senior engineer said it was ‘‘inevitable’’ there would be disruption…

Sirdan came down from Gympie today, just for part of the day! He, P and I dined at a swank Italian place in the old GPO. 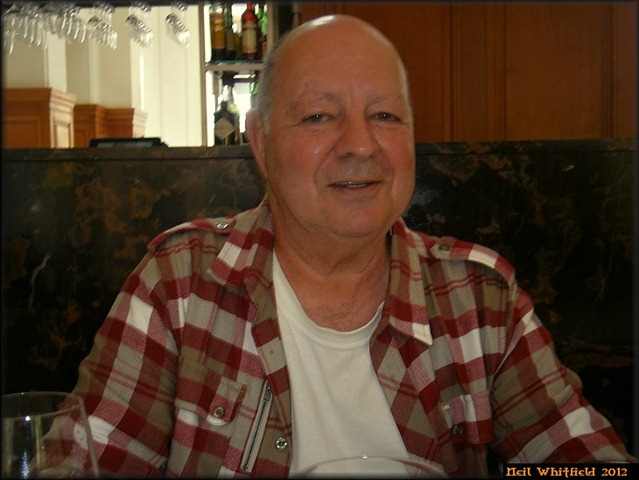 Sirdan had to be on the 2.30 plane back to Queensland, and P to work I assume. I decided to revisit old haunts.

So here I am at the Diggers Club in Wollongong.

Not bad for Baby Toshiba!

Meanwhile Sirdan in Gympie has been trying to contact me. Sad news. Missy the Jack Russell has been run over by a truck and has lost a front leg. I just hope there will be some reasonably happy outcome.