Dreadful choice we have in this year’s election, but perhaps some things really are more dreadful than others. This morning in the Sun-Herald is a letter from Bert Candy.

The decision by the executive of the Liberal Party to give Cory Bernardi the top position on their Senate ticket in the forthcoming federal election – despite his speech asserting that there could be a link between homosexuality and bestiality, as well as his association with an extreme right American organisation (”Smoking Gun”, January 27) – says a great deal about the political leanings of the Liberal power brokers.

A person with these questionable views can hardly represent a modern Australian electorate and, by endorsing him again, the Liberal Party is guilty by association. With pundits indicating a Liberal landslide, it appears that the extreme right have the numbers.

Here is the man concerned:

He is clearly on the right of Genghis Khan. The recent story about him, to which Bert refers, appears online as Abbott’s man under fire over extreme right lobbying.

The organisation, the American Legislative Exchange Council, was involved in a High Court challenge against the Gillard government last year and has financial ties with big tobacco.

The US-based council is working with the National Rifle Association to block President Barack Obama’s guns crackdown after the Newtown school massacre. An ALEC member since 2009, Senator Bernardi was dumped as Mr Abbott’s personal parliamentary secretary in September after he made a speech to Parliament that warned against legislating for gay marriage on the grounds it could open a legal path to bestiality and polygamy….

To get some idea of what kind of fruitcakes and downright subversives Bernadi sleeps with see ALEC Exposed: The Koch Connection and Three States Pushing ALEC Bill to Require Teaching Climate Change Denial in Schools.

Groundhog Day is on Feb. 2 and fittingly, ALEC and its corporate patrons continue to sing the same tune, simultaneously promoting fracking, blockading a transition to renewable energy and pushing bills mandating teaching climate change denial on par with actual science.

"It’s the same old schtick every year, the guy comes out with a big old stick, raps on the door,"actor Bill Murray said in the classic film Groundhog Day. "They pull the little rat out, they talk to him, the rat talks back, then they tell us what’s gonna happen."

Replace "guy" with "corporate lobbyist" and "legislators" with "rats" and that’s ALEC in a nutshell, serving as a mere microcosm of the current American political system at-large.

And of Cory Bernadi’s idea of a mate and a good thing for Australia’s way of conducting business. And of where his brain really lives.

A person with these questionable views can hardly represent a modern Australian electorate and, by endorsing him again, the Liberal Party is guilty by association. With pundits indicating a Liberal landslide, it appears that the extreme right have the numbers.

No way, I say. Some things really can be worse than Julia.

And speaking of the Right, cop the things crawling out from under logs to greet the bouffanted boofhead from Holland.  And look closely at the group who invited him.  I see they have the obligatory Oz flag at the top and a quote from Mary Gilmore. I wonder if they realise she was a life-long Communist.  Mind you she is an under-rated poet who certainly deserves to be better known, as this poem (not on that site) shows:

I have grown past hate and bitterness,
I see the world as one;
But though I can no longer hate,
My son is still my son.

All men at God’s round table sit,
and all men must be fed;
But this loaf in my hand,
This loaf is my son’s bread.

On that anti-Islam group’s site you will find Robert Spencer at al, pretty much as you would expect, but you also find this, which I reproduce exactly as it is:

Her book ‘Atlas Shruggs’ is considered by many in the International Counter-Jihad and Freedom Movement as foundational work for the relation between the free individual, the state and the collective society. 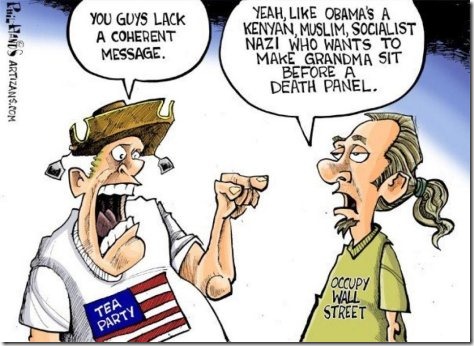 They are all so sane and balanced, these people, are they not?

Meanwhile here are a couple of free eBooks from ANU that you could read as a way to ensure your own sanity.

The latter years of the first decade of the twenty-first century were characterised by an enormous amount of challenge and change to Australia and Australians. Australia’s part in these challenges and changes is borne of our domestic and global ties, our orientation towards ourselves and others, and an ever increasing awareness of the interdependency of our world. Challenges and changes such as terrorism, climate change, human rights, community breakdown, work and livelihood, and crime are not new but they take on new variations and impact on us in different ways in times such as these.

In this volume we consider these recent challenges and changes and how Australians themselves feel about them under three themes: identity, fear and governance. These themes suitably capture the concerns of Australians in times of such change. Identity is our sense of ourselves and how others see us. How is this affected by the increased presence of religious diversity, especially Islamic communities, and increased awareness of moral and political obligations towards Indigenous Australians? How is it affected by our curious but changing relationship with Asia? Fear is an emotional reaction to particular changes and challenges and produces particular responses from individuals, politicians, communities and nations alike; fear of crime, fear of terrorism and fear of change are all considered in this volume.

Multiculturalism has been the official policy of all Australian governments (Commonwealth and State) since the 1970s. It has recently been criticised, both in Australia and elsewhere. Integration has been suggested as a better term and policy. Critics suggest it is a reversion to assimilation. However integration has not been rigorously defined and may simply be another form of multiculturalism, which the authors believe to have been vital in sustaining social harmony.

May help you counter the dogs’ breaths that are so noisome out there, and will no doubt get worse and skankier as the year goes on, God help us.