Sutherland was my next stop after Cronulla. I hadn’t been to see my Uncle Roy and Aunt Kay for far too long.

Kay and Roy have lived in this house in Sutherland all their married lives – and my grandfather and grandmother lived there before that. My father built the house over sixty years ago. 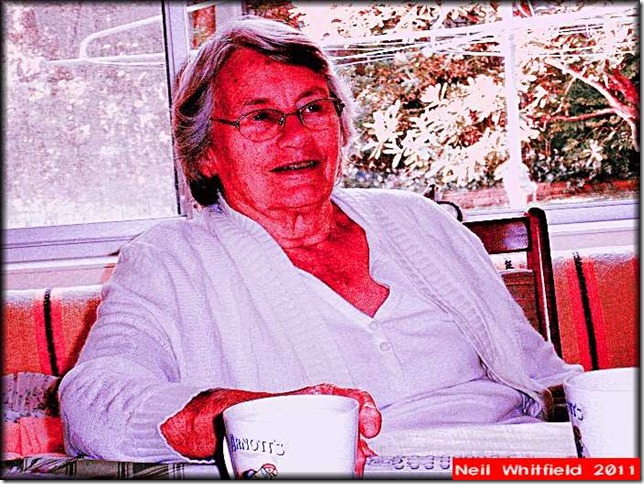 Linda was visiting. Now she is a wonderful person – in fact they all are!  Turns out she is also a really excellent sports and nature photographer! That I hadn’t known.

WOULD-BE Canberra Marathon participants will make the most of a bad situation today when they set out on their own event running and walking around Lake Burley Griffin.

Many were unable to change the travel plans they had made to take part in the now-cancelled marathon.

Canberra’s marathon was killed off when the ACT Government refused to close roads following a bitter and as yet unresolved dispute by two parties over its control.

And so about 30 people from around the country and one, John O’Shea, from Britain will take part in their own little event today, setting off from Lennox Gardens.

Linda Christison, of Bundanoon in the Southern Highlands, said those taking part were trying to take something positive out of a negative.

”Most of us couldn’t change hotel bookings and things anyway,” she said.

Christison, 49, said there were various reasons why people were taking part in today’s event.

Some, for instance, will be training for a 90km race in South Africa. For O’Shea, it’s a chance to run an unofficial marathon in Australia meaning he will have succeeded in running a marathon on every continent. And for Christison, who is battling the effects of Parkinson’s disease, it’s a chance for her to raise money through her website to help find a cure for the disease.

”It’s World Parkinson’s Day [today]. That’s why is was so sad the race was cancelled because everything just seemed perfect,” she said.

She will set out at 5.30am and hopes to complete the distance in seven to eight hours.

Christison who is starting to lose her balance and can no longer run or drive remained disappointed the Canberra Marathon was cancelled.