If you read That’s all there is! yesterday you may be wondering if I would still endorse this:

Well, consider this quote for today:

That is so true! It comes from Spong’s latest book – and possibly his last — Eternal Life: A New Vision: Beyond Religion, Beyond Theism, Beyond Heaven…, Harper One 2009. See Book Review–Bishop John Shelby Spong’s “Eternal Life: A New Vision” and Rollicking journey to Eternal Life. I find Spong’s case against religiosity extremely convincing but his attempts to find a new way rather less so. The book is one of the best meditations on old age, aging and death that I have ever read, however, and I am at an age when such things have increasing relevance.

I do read the Bible and profit from it. Lately I reread Genesis. Most recently I have been examining the Joseph stories. This is a really attractive part of the Bible, and is one of the great folk tales. 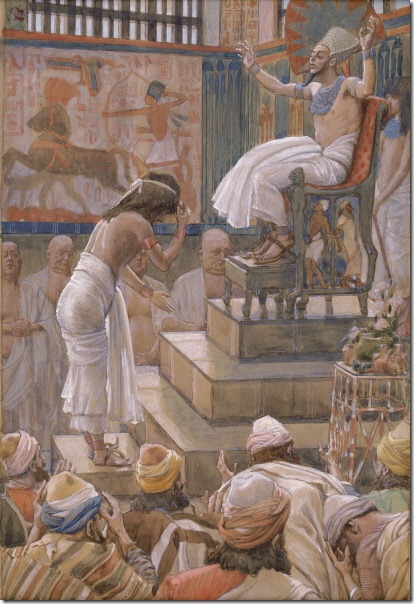 Now one thing it isn’t, and that is history as we would understand the term. For starters it was written long after the events it portrays, and while the Genesis account preserves some tantalising bits of history the tale is best thought of as fiction. It is more than likely that Joseph never existed, or not the one we read about anyway. But then much the same can be said of everything in Genesis – or the whole Torah if it comes to that. Not only can be said but positively SHOULD be said. Sadly if you Google relevant material the bulk of what you will find are more or less bone-headed literalists and fundamentalists rather than serious scholars. At least Wikipedia, sourced above, has heard of scholarship.

Quite clearly the New Testament regarded the Joseph stories as historically true, and the Genesis stories generally: “By faith Abraham did as God said when he was ordered to go out into a place which was to be given to him as a heritage, and went out without knowledge of where he was going.” – Hebrews 11. So does the Koran where we can read another version of the Joseph (Yusuf) story, one which is also quite beautiful.

… Go, my sons, and seek tidings of Joseph and his brother, and despair not of God’s mercy, for none but the unbelieving despair of the mercy of God."

And when they came in to Joseph, they said, "O Prince, distress hath reached us and our family, and little is the money that we have brought. But give us full measure, and bestow it as alms, for God will recompense the almsgivers."

He said, "Know ye what ye did to Joseph and his brother in your ignorance?"

They said, "Canst thou indeed be Joseph?" He said, "I am Joseph, and this is my brother. Now hath God been gracious to us. For whoso feareth God and endureth. . . . God verily will not suffer the reward of the righteous to perish!"

They said, "By God! now hath God chosen thee above us, and we have indeed been sinners!"

He said, "No blame be on you this day. God will forgive you, for He is the most merciful of those who shew mercy…

Unfortunately, or not, this also demonstrates something really obvious: texts which claim to be infallible come crashing down when they don’t seem able to distinguish fact from folktale – and such is the position of ALL THREE holy books of the Abrahamic tradition.

As I said yesterday, and in 2001, “all sacred texts are of human origin and one of the world’s most dangerous delusions is the belief in inerrant verbal revelations from the Divine.”

On Joseph see Jim Stokes, a professor of English at the University of Wisconsin, The Story of Joseph in Five Religious Traditions from the Bahai Library but originally elsewhere. On The Koran something very many Muslims will object to, but which Islam needs to confront in a more positive manner than it seems to have done: The Origins of the Koran: Classic Essays on Islam’s Holy Book.

… Most of the essays are now a bit dated, and those familiar with the modern revisionist approach to Islamic history will recognise the areas where further study has proposed conclusions very different to some of the authors included here. These essays are foundational reading for all students of the Koran. They reveal many areas where new study is needed as well as providing a good grounding in the materials available to us both within the Islamic tradition and from non-Muslim sources…

What is NOT needed, and not only not needed but strenuously to be deplored, is the kind of fanatical drivel Quadrant chose to publish this month: Bernard d’Abrera’s rant God versus Allah II.

… D’Abrera is listed as a signatory on the petition known as "A Scientific Dissent from Darwinism", a campaign begun in 2001 by the Discovery Institute. D’Abrera is also a fellow of the pro-intelligent design organization, International Society for Complexity, Information and Design.

D’Abrera is strongly opposed to the theory of evolution because in his view it is not a bona fide scientific theory. He describes evolution theory as "viscid, asphyxiating baggage" that requires "blind religious faith". He believes it cannot be tested or demonstrated in any natural frame of reference, and therefore it may not be considered even a scientific postulate. The objection that evolution is unfalsifiable has been widely rejected by the scientific community. D’Abrera’s views on evolution and science have been criticised by Arthur Shapiro, who describes him as "profoundly anti-scientific — not unscientific, but hostile to science.”…

I sometimes think Quadrant is a sheltered workshop, a funny farm, and/or a haven for the aged and delusional. It is all of these, I’m afraid, though it still runs a worthwhile literary department under Les Murray. I’d also make an exception of my old class mate Clive Kessler, whose contribution to the September Quadrant I may come back to.

As for D’Abrera, he’s pretty much the kind of bird Isis, an American conservative Republican, referred to in her excellent post Isis’ Guide to Sensible Islam Posting in 2006.

Reading Robert Spencer’s latest book or citing “the Politically Incorrect Guide to Islam” does not make you an Islamic scholar.

Neither does reading the Koran. Proper knowledge of the faith requires interaction and instruction from practicing, learned Muslims. Also, expand the reading list to include books from actual Islamic scholars, so you get actual interpretations of Islamic faith from living, breathing Muslims.

Can’t be said too often, especially in the light of this .

Huge numbers of Americans profess to having little knowledge of Islam despite the fact that there may be as many as five million Muslims living in the U.S. ChangeTheStory.net offers an interactive experience where users—Muslim and non-Muslim alike—can meet their neighbors, learn about Islam and apply techniques of interfaith dialogue and action to local communities. Our primary audiences are educators, religious leaders and individuals concerned about building bridges of understanding across lines of faith and culture…

Intersections International is a New York based NGO that works at the intersection of communities in conflict. We promote peace through dialogue using direct service programs, advocacy, educational and informational outreach.

14 thoughts on “Is that all there is? And how to remember 9/11 constructively…”