I have now watched Leaky Boat three times. With each viewing I find my respect for it growing and my belief that it gives as fair and balanced a reading of those events as anything in this form could be expected to give.

The documentary is not propaganda.

Propaganda is what we were subjected to at the time the film re-presents. 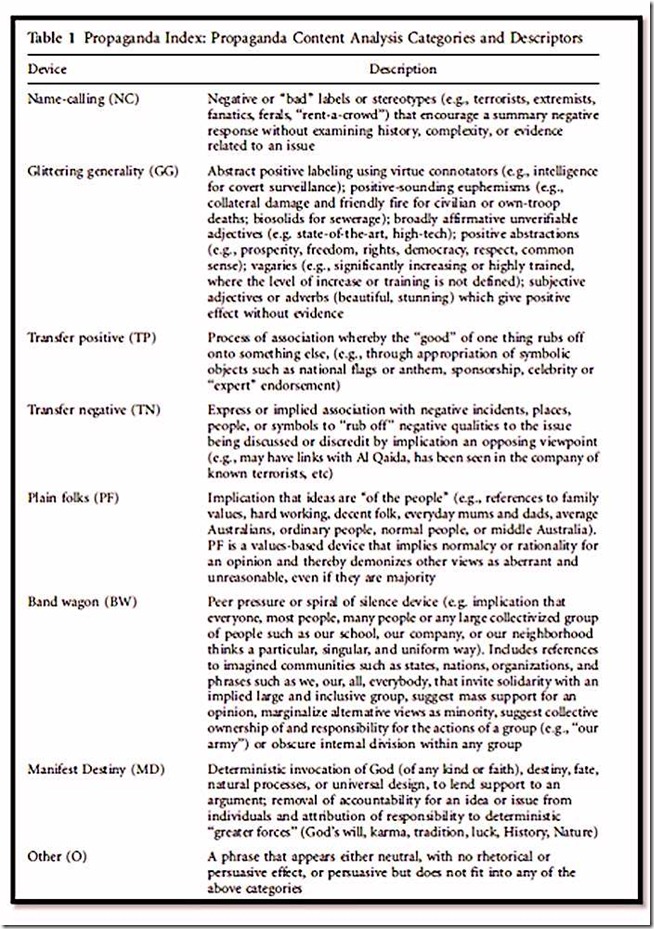 Apply that point by point to the way the government conducted itself during those months in 2001 and it becomes clear that is what we were being fed. I was not at all surprised by the revelations of attempted thought control from the top in the Howard government. There were other instances – so many that they were almost a signature of the regime – that came my way just as a humble ESL teacher. Sometimes we think of this as “culture wars”, but I really think it was a determined effort to disable whole areas of discourse and argument in favour of those the government wanted.  This is not a dead phenomenon either. Julia Gillard does it very badly compared with the Howard mob.

The revelation was not entirely new, either, though rarely has it been so chilling as in the documentary. See from 2003:

The Defence Force public relations department ran a campaign to ‘ensure that we adequately and effectively communicate government messages’, journalists were not allowed to quiz military officers, any press enquiry had to be diverted to Minister Reith’s office where it was stonewalled, and the military were instructed not to produce any ‘personalising or humanising images’, i.e. photographs, of asylum seekers. Marr and Wilkinson write that neither Reith nor Howard seemed keen to get to the bottom of the children overboard issue which, although the story died down, made its ‘indelible mark’, seeming to establish for some members of the community damning proof of the ‘base instincts’ of these ‘illegals’ from which the Howard Government saw itself as saving Australia.

The information in this documentary is substantial and coherent. It is also very persuasive.

Fascinating to me – because it conformed with the serving sailors I spoke to around that time – was the honesty and clear sight of the military.

What the documentary added to the picture for the first time, as far as I know, were voices from the boat people themselves. 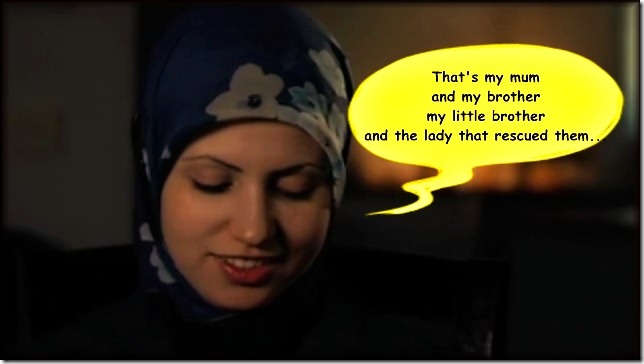 Made a nonsense of Reith and his scrap-book – though it was interesting to notice that the iron man does have twinges of conscience. Watch it again if you don’t believe me!

One thing I was right about at the time is this:

Born in pre-election vote-catching expediency, morally vacuous, patently absurd, ad-hoc management–what else can you say about it? – 13 December 2001

But it hardened into a policy, as the documentary shows.

And in answer to Piers Akerman:

. But, I mean, so let’s just skip some of this emotive junk, because that was what this documentary was largely full of: women swimming in pools. I really didn’t see the relevance of that.

First there was very little “emotive junk” in the documentary – unless Piers thinks giving space to any voice but Howard, Reith and The Cadaver is “emotive”. The documentary was remarkably precise and substantive. On the other hand I too wondered about the women in pools – thought it maybe too clever. Here’s what the film-maker says:

The film’s second great visual challenge was to give form to our most important character: the Australian people.  This was an exercise in portraiture, in simple situations where people naturally and unselfconsciously gather and act as a group. We filmed faces moving in thecrowd, as well as capturing a sense of the whole. We weren’t looking for classic Australian postcard situations, like surf carnivals or Australian Day Fireworks. We wanted to see Australians together, as we are each day. So we filmed ordinary moments – commuters coming en masse off a ferry, parents watching their children’s swimming lesson. The situations are ordinary and familiar, but we’ve reached for fine composition and a lyrical quality to the images. We want to draw our audience in, to make them want to look at themselves. All of these images have a water background – ocean or river – to create a subliminal unity between life at home, and events far off on the Indian Ocean.

OK, that may or may not have become too obvious or heavy-handed!

The voices of ordinary Australians form an important part of our narrative. This film is much more than an investigation into the actions of government: it’s very much concerned more primary ideas of how democracy works. Using  these first hand sources is a way of placing the Australian people in the  narrative, in the first person, as all other actors appear. The text is taken from  the words written and spoken by ordinary Australians at the time. Our sources  include focus group research, letters to editors and radio talkback.

We’ve steered wide of predictable redneckery, and instead chosen thoughts that express impulses and concerns that are more universal and familiar, such as a basic fear of numbers getting out of control. The aim is to steadily hold a mirror up to our audience and rekindle in them some of their own feelings from this time.

Looking at the film three times makes me more comfortable with that. I think it does work.

By the way, I do not believe the film gives a bad image to the Australian people, just in case that’s what you think. Quite the opposite, in the end! How many countries have such a sane military?

So in the end I give the doco

Most controversially, the documentary and the following QandA have convinced me that RACISM IS NOT THE SOLE OR EVEN BEST WAY OF ACCOUNTING FOR THE EVENTS OR MORE GENERALLY FOR THE IMMIGRATION QUESTION AT LARGE. It’s a distraction. This is not to deny the relevance of fear and xenophobia. I will be posting again on this referring more particularly to QandA.

After all, Howard’s actual immigration record was MORE DIVERSE and in many ways more generous than his predecessors.

Obama, Rudd and a grammar for rhetoric in the National English Curriculum PDF by Kristina Love and Mary Macken-Horarik.

Burning towers and ashen learning: September 11 and the changes to critical literacy by Tara Brabazon.

On another area where Howard and Co attempted their own form of discourse control – multiculturalism – “a word not to be upon our lips!”

Europe has been having fits about this for some time now.  I have been known to post on it too. There’s a VERY sensible article –a great rarity – on this in The Boston Review: Europeans Against Multiculturalism: Political Attacks Misread History, Target Muslims, and May Win Votes.

But while it is hard to know what exactly the politicians of Europe mean when they talk about multiculturalism, one thing we do know is that the issues they raise—real or imagined—have complex historical roots that have little to do with ideologies of cultural difference. Blaming multiculturalism may be politically useful because of its populist appeal, but it is also politically dangerous because it attacks “an enemy within”: Islam and Muslims. Moreover, it misreads history. An intellectual corrective may help to diminish its malign impact.

Political criticisms of multiculturalism confuse three objects. One is the changing cultural and religious landscape of Europe…

12 thoughts on “Leaky Boat: the documentary”