Yep, The Skull – live and loud. I thought it was him when I caught Channel Seven’s account of the “people power” AKA “highly vested interests” rally against the Carbon Tax in Martin Place yesterday.

He does seem committed to the cause.

You may recall seeing him with Lord Monckton: 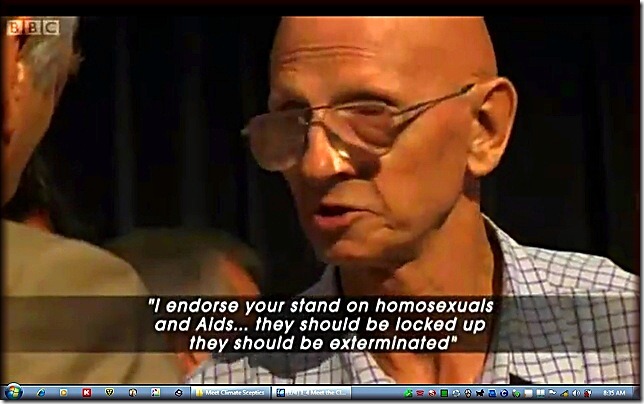 See Where are the loons of yesteryear? and Documentaries to make you think, cringe, cry, or wonder.. 2.

Meanwhile Tony Abbott may have made a few more friends – or not:

The opposition leader told a Melbourne conference that "market enthusiasts" should remember that the revenue raised from the carbon tax would go directly into the federal government’s coffers.

"It may well be that most Australian economists think that a carbon tax or emissions trading scheme is the way to go," Mr Abbott said on Friday.

"(But) maybe that’s a comment on the quality of our economists rather than the merits of the argument."

The Grattan Institute director said Mr Abbott only delivered the "cheap shot" because he couldn’t find a single economist to support his direct action policy.

Lords of the Drinks