Chapter I. The Parliament.

Watching The Queen in Australia again has been a wonderful exercise in nostalgia – see the last video on Being Australian 20: poem and song, images, dreams, nostalgia, England. 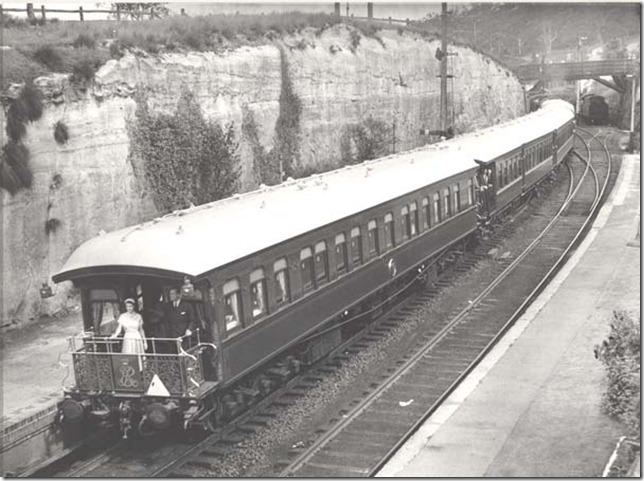 I remember that train as if it was yesterday, not 57 years ago! I wonder how long the poor woman stood on that balcony waving at, among others, my grandfather and me. Now at 10 I was a proper little royalist and Empire Loyalist; finding “Australian” a rather boring category I even at one point pretended to be Scottish.

One of the details in the movie that struck me was how much more popular the red ensign seems to have been in 1954, as earlier in the 20th century. 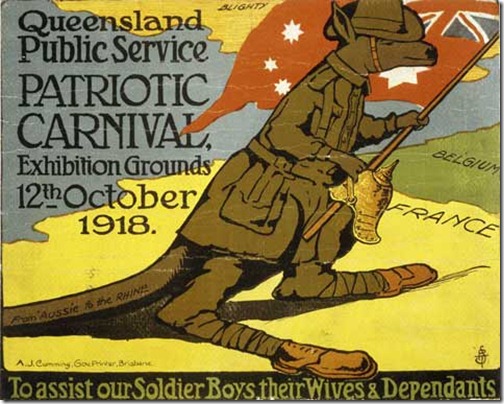 And one could not but be struck by the intense Britishness of the whole thing. Bear in mind this was not merely a record of the Royal Visit but a naked exercise in propaganda directed first at ourselves to remind us where our loyalties really lay, and secondly to prospective British migrants, still the most favoured kind, to remind them that Australia was a home from home, but better.

So I was born into the dominant tribe of the time, indeed of all of Australian history up to that point – even if my ranking was lowly compared with the splendid squattocrats on their vast sheep or cattle holdings, or the inhabitants of more favoured suburbs like Toorak. This is a world that has ceased to exist in the past forty years, and no amount of wishing will bring it back. For starters the entire economic and mercantile system that sustained it is history now.

And yet in  very significant ways we do remain British, even if we no longer believe God only speaks English. Our institutions and laws, which all citizens vow to treasure, and rightly so, reach back into the British heritage and can only truly be appreciated when we know that heritage. I am all in favour of that history and heritage being taught in such a way that all Australians can feel they own it and be grateful of what has been passed on to us.

There was another major tribe in 1954: the mainly Irish Catholics. As Thomas Kenneally rightly said last Tuesday night on Waleed Aly’s SBS show, this other tribe tended to be dubious about the Queen and Empire Loyalty, and to be regarded with suspicion by my tribe. After all, their loyalty was to a foreign potentate – Pius XII at the time – who had the advantage of infallibility. What’s more the Irish were drunks and gamblers, as the Orange Order side of my personal tribe clearly believed. They were behind all the country’s troubles. my maternal grandmother told me once. By 1954 that Orange Order nonsense was pretty much a dead letter in my father’s family. After all, the experience of World Wars I and II in the battlefield had rather challenged some of these old assumptions, even if they were still playing out politically.

The revenge of the Other Tribe came in the form of Paul Keating – and it was, in my opinion, generally a good thing.

Now as for multiculturalism, that evolved during the 1950s and onwards as a response to what was actually on the ground in Australia, as distinct from official self-images like those in The Queen in Australia. Jim Belshaw was quite right to object to Immigration Nation being surprised that Menzies continued the Calwell/Chifley immigration program. The program was quite bipartisan by 1949. Furthermore, during that Menzies era necessity led to integration rather than assimilation emerging as a policy towards migrants, and to the realisation that we needed to value much that the migrants brought with them and adapt ourselves to these gifts rather than let them be wasted. (The detail can be found in James Jupp’s monumental The Australian People.) In my opinion it was a natural progression to the multiculturalism some get paranoid about, but which I see as the solution to a truistic “problem” – there is more than one way to be an Australian.

Thank God there is. The country is richer for it.

Near the end of The Queen in Australia we hear this song. I do recall us learning it in 1954.

I suspect the poster of that video isn’t a member of the Empire Loyalist tribe. 😉

Another thing that will strike anyone watching The Queen in Australia is the time devoted to military matters and ceremonials. But I guess we should recall that World War II was as distant in time in 1954 as the Bali Bombing is from us today — hardly any distance at all — and the Korean Armistice had just come into effect six months before the Royal Visit.

On the context of the visit see this from the National Museum of Australia.

… We must remember that in 1954 it was not only Australia on show, but that the Queen herself was also on display. In political terms, the particular relevance of the Queen’s first visit was set by the Statute of Westminster, issued in 1931. Prompted by the governments of Canada and South Africa, the Statute gave the Dominions of the British Empire the chance to establish themselves as independent nations of equal status to Britain. This formal independence changed the role of the Crown, which now became the foremost symbol of unity among the independent peoples of the British Commonwealth. However, successive Australian governments did not see fit to ratify the Statute until 1942, when British power east of Suez had collapsed at Singapore and the fear of Japanese invasion gripped the Australian nation.
Official war artist Ivor Hele was given the opportunity of a lifetime when he was commissioned to paint the Queen opening the third session of the twentieth Parliament on 15 February 1954. Hele, an artist with a strong sense of history and a talent for portraiture, was ideally suited for the commission.

The 1954 visit gave Australians the chance to the reconnect with Britain and for Britain to witness scenes of loyalty from Australia. These fulsome expressions of loyalty must have provided great comfort for some in London who feared that Australia was being lost to the Americans and may have given some illusory hope that the British Empire was still a force in world politics. Two years later the Suez crisis underlined the loss of British power and highlighted American ascendency. From that point on, Britain and Australia were clearly subordinate allies of the United States in the Cold War confrontation between communism and capitalism.

That conflict was something that the Queen didn’t see during her tour, but it was widely present in Australian society. Chifley’s Labor government had crushed the striking miners of New South Wales in 1949 and Menzies tried, unsuccessfully, to outlaw the Communist Party of Australia in 1951. Although this attempt failed in the short-term, the communist issue split the labour movement, ensuring that the 1950s are popularly remembered as a period of Menzies-inspired liberalism. To some, the 1950s appear like a ‘golden age’ of prosperity, although it would be harder to cast the period as a ‘new Elizabethan age’ as some contemporaries described it. The 1954 tour was a high-point of royal adulation in Australia. Despite the continuing relevance of the constitutional monarchy in Australia’s political system, the last royal tour in 2000* generated far less enthusiasm. It is difficult to imagine a visit of 1954’s scale, excitement and fervour occurring in today’s Australia.

5 thoughts on “Being Australian 22: inclusive multiculturalism Aussie style 13 – my tribe: the Protestant Ascendancy and Empire Loyalism”