Perhaps it’s been the news from Les, my 1952/3 classmate, but after tutoring I decided on old-fashioned for dinner on the way home, instead of a pizza.

From where I was sitting:

No laptops in 1953 – not even any TV. We did have steam radio. Nor did we have pizzas… What’s a pizza? Even, what’s a hamburger?

This is more like it, and costs less than the pizza: 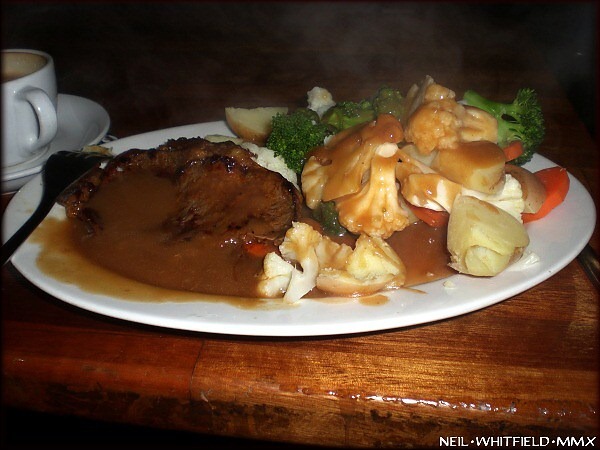 Yes, that is steam you can see. Didn’t have broccoli in ‘53 though, and the vegetables have been steamed in the Chinese manner rather than murdered in a pressure cooker. Some things have improved, eh!

Heard again from my classmate Les from Grade 3 around about the time that song was a hit.

Sydney looked like this in the early 50s. Men wore hats.

I think Les’s memory is better than mine, but he sure has prompted some memories. And there were things I didn’t know about him. After all, we were both just 8-9 years old at the time he recalled in his last note. I do remember he was English, and competed with me for top of the class. Then he vanished.

That he fills in:

Having failed to get the No 1. seat from you in 3A, we were summarily transferred to 4B. There we were confronted with the dregs of the western Sutherland shire. Still, we pressed onward, Your good self, Laurie Napier and others pressed onward. Meanwhile, I had the unfortunate experience of being a reverse transportee to England. Boy! I must have been bad. After about 12 months, Mama thought I had served my sentence, and we arrived back in or near the shores of Botany Bay. Then after 12 months we found ourselves back in jolly old England. How nice. I mean, all of that snow and slush in which to navigate oneself to school and back was a wonderful experience.

During that time, I seem to remember that I lost touch with quite a few of my classmates. Notably your good self. Upon my return to to Oz, I found myself a bit short of 6th class curriculum, and slipped back to 18th in the class. However, I was lucky enough to find myself in the hallowed halls of Sutherland HS. Yes! I had made it! 1st year. But doom struck again. Yes, once again self was exposed to 13k of ocean travel to the old dart, back to the Warren school at Chadwell Heath. Oh, the fucking delight.

After 20 months or so I found myself back on board an ocean liner, landing at 23 Pyrmont, just 3 weeks after the resumption of 3rd year at Sutho HS. Just happened to scrape through, and began an apprenticeship as a compositor…

It appears Les has had his ups and downs, but does have a delightful family who have done very well academically and in other ways. 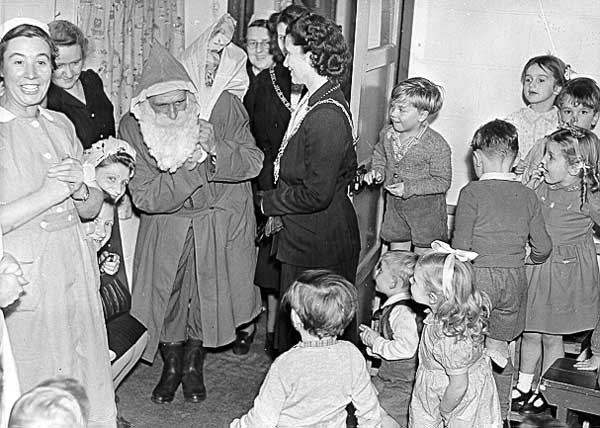 Amazing thing, the internet. Here's a Christmas in Chadwell Heath.

Yeah, that time in 4B was the end of my very limited promise in maths.

Les missed out on a great teacher in 6A though.

I caught up with QandA last night via a download. Interesting — always liked John Ralston Saul, and Malcolm Fraser has turned into the perfect grandfather, aside from having the sense at last to leave the Liberal Party he served as Prime Minister but increasingly found was departing from the principles he felt it stood for. As indeed it has.

But sometimes educated people have odd fantasies about education, I fear. You know what, as KRudd might say, I venture to suggest that the education system of the 50s — a golden age for some — rather let Les down. I think the problems he presented with with all that split schooling would be much better handled nowadays. Then he was just dropped into the too hard basket, I suggest. With maybe 40-50 or so in the class that wouldn’t be surprising.

I feel guilty too, for coming first all the time without really doing much work. I learned about that at high school. Not to mention that I was absent half the time. I sometimes think much of my education came from reading and listening to the radio while convalescing from this or that — bronchitis for at least a month every year, for example. Oh, and from conversations with my grandfather.

And I read comics and listened to Superman on the radio. I’m sure that crap never hurt me. But there was The Argonauts too. (Leda 36 here.) Older Aussies will know what I’m talking about.

Which is not to downplay the importance of Mr O’Neil, who rather let Ross and Laurence and I do what we liked…