Yes, not all that much older than the class. And a good English class it was too! There’s a present Professor from Royal Prince Alfred Hospital and U Sydney in the back row for starters… 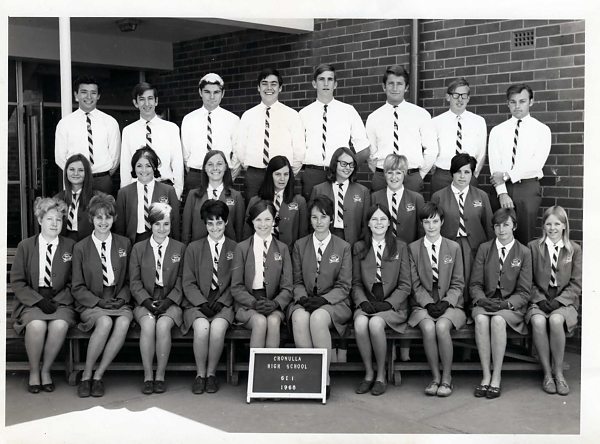 I so admire the baby talk fashionable in current Australian politics that I thought I would join in. 😉 The big book is from Surry Hills Library.

John Keane, The Life and Death of Democracy, Simon & Schuster 2009

History is often said to be a catalogue of human sorrows, an unending story of bootlicking, a slaughterhouse of crimes. It is not always so. The mould of cruel servitude can be shattered, as happened 2600 years ago, when Greeks living on the south-eastern fringes of Europe laid claim to an invention that now ranks in historical importance with the wheel, the printing press, the steam engine and the cloning of stem cells. Born of resistance to tyranny, their claimed invention at first caused no great stir. Few spotted its novelty. Some condemned it for bringing chaos into the world. Nobody predicted its universal appeal. It seemed simply to be part of the great cycle of human affairs – yet one more example of power struggles among foes. The invention was soon to be seen differently. It was to magnetise millions and to arouse passions on a world scale, understandably so, since it required human beings to picture themselves afresh, to live as they had never before lived. The invention was a potent form of wishful thinking that is still with us today: the Greeks called it dêmokratia.

Wishful thinking – the longing to bend the present world into a different and better future – is often mocked, but the plain fact is that it is a regular feature of the human condition. Whenever we refer to the world around us in language, we habitually allude to things that are absent. We conjecture, we say things that miss the mark, or that express yearnings for things to be other than they are. We live by our illusions. The language through which we speak is an unending series of short little dreams, in the course of which we sometimes fashion new ways of saying things, using words that are remarkably apposite, and strangely inspiring to others. The feminine noun dêmokratia was one of those tiny terms that sprang from a little dream, with grand effect. It was to rouse many millions of people in all four corners of the world – and give them a hand in getting a grip on their world by changing it in ways so profound that they remain undervalued, or misunderstood. In contrast to things whose names immortalise their inventors – newtons, Hoovers, Rubik’s Cubes for example – democracy has no known wordsmith. The roots of the family of terms that make up the language of democracy, and exactly where and when the word was first used, remain a mystery. Democracy carefully guards her secrets. Through the fog of the past only random clues appear, in the guise of wild-looking, ungroomed figures bearing suggestive names like Demonax of Mantinea, the bearded, robed, sandal-shod lawmaker who was summoned (around 550 BCE) by the women of the Oracle of Delphi to grant the people of Cyrene, a Greek-speaking farming town on the Libyan coast, the right to resist the tyranny of the limping, stuttering King Battus III, and the right to gather in their own assembly, to govern themselves, under their own laws.

Demonax may have been among the first public figures to describe himself as a friend of democracy, but we cannot be sure. Not one of his writings or speeches or laws has survived. That makes him a fitting symbol of the way democracy carefully guards her own mysteries against those who think they know her every way. The subject of democracy is full of enigmas, confusions, things that are supposed to be true. It harbours not a few surprises, including the certainty – this book shows for the first time – that it was not a Greek invention. The belief that democracy is or could be a universal Western value, a gift of Europe to the world, dies hard. That is why one of the first matters to be straightened out in any present-minded history of democracy is what might be described as the Greek plagiarism of democracy. The claim put forward within most Greek plays, poems and philosophical tracts, that fifth century Athens wins the prize for creating both the idea and the practice of democracy, seemed plausible to contemporaries. It continues until this day to be repeated by most observers. But it is false.

The Life and Death of Democracy, the first attempt to write a life and times of democracy for well over a century, shows that the little word democracy is much older than classical Greek commentators made out. Its roots are in fact traceable to the Linear B script of the Mycenaean period, seven to ten centuries earlier, to the late Bronze Age civilisation (c. 1500-1200 BCE) that was centred on Mycenae and other urban settlements of the Peloponnese. It is unclear exactly how and when the Mycenaeans learned to use the two-syllable word dâmos, to refer to a group of powerless people who once held land in common, or three-syllable words like damokoi, meaning an official who acts on behalf of the dâmos. What is also unclear is whether these words, and the family of terms we use today when speaking about democracy, have origins further east, for instance in the ancient Sumerian references to the dumu, the ‘inhabitants’ or ‘sons’ or ‘children’ of a geographic place. But these uncertainties are tempered by another remarkable discovery by contemporary archaeologists: it turns out that the democratic practice of self-governing assemblies is also not a Greek innovation. The lamp of assembly-based democracy was first lit in the ‘East’, in lands that geographically correspond to contemporary Syria, Iraq and Iran. The custom of popular self-government was later transported eastwards, towards the Indian subcontinent, where sometime after 1500 BCE, in the early Vedic period, republics governed by assemblies became common. The custom also travelled westwards, first to Phoenician cities like Byblos and Sidon, then to Athens, where during the fifth century BCE it was claimed as something unique to the West, as a sign of its superiority over the ‘barbarism’ of the East…

That is from the book’s introduction. John Keane will take up the position of Professor of Politics at the University of Sydney from July 2010.

See from the Melbourne Writers Festival, August 2009 a video on Slow TV: Where to, Democracy?: John Keane in conversation with Lindsay Tanner.

If John Howard had been elected in 2007 we would now have an Emissions Trading Scheme.