Go back, way back…

Family story has it that through one of my grandmothers I am of Aboriginal ancestry; one of my nephews went into this further finding the group we came from was the Dharawal – variously spelt.

The Dharawal Aboriginal people are the caretakers of the land on the south coast of Sydney, from Port Jackson to the Shoalhaven River, extending west to Camden. Organised by family groups as opposed to tribes, the Dharawal people lived harmoniously with the land, moving around with the seasons using both the land and sea as a food source. With the European settlement of Australia marked by the arrival of the First Fleet in 1788, so too came diseases which had a devastating effect on the Indigenous communities in the neighbouring Eora land of Sydney. It is supposed that 50% of Dharawal people died from the smallpox epidemic of 1789 before even coming into direct contact with the settlers.

Here is just part of their story: "Massacre at Appin in 1816" by Verlie Fowler.

When Europeans took up land grants, they cleared and fenced the land, irrecoverably changing the patterns of hunting and gathering that had been followed by the Dharawal people for tens of thousands of years.

Some European settlers formed a close rapport with Aborigines. Charles Throsby of Glenfield was accompanied by Dharawal men when he explored the southern highlands area. Throsby was a persistent critic of European treatment of the Aborigines. Hamilton Hume who, in 1814 with his brother John, made the first of a number of long exploratory trips southwards, did so in company with a young Aboriginal friend named Doual.

Whereas the "mountain natives" (probably Gandangara) had a reputation of being hostile in defence of their people and their land, the Dharawal were peaceful and had no history of aggression. Unfortunately few settlers could distinguish between the two groups.

In 1814, Macquarie issued an order in the Sydney Gazette, admonishing settlers in the Appin and Cowpastures area. "Any person who may be found to have treated them [natives] with inhumanity or cruelty, will be punished?." This followed an atrocity when an Aboriginal woman and her children were murdered at Appin…

Certainly my father’s family has very much lived their lives in Dharawal country – Picton, the Illawarra, even Sutherland Shire. I guess part of me is a traditional owner of all that… 😉 (I will demand rent from a number of you later.)

That’s a convict muster list. The first name with full details is my grandfather’s great-grandfather!

This is the convict’s son, William. There are no pictures of the convict. 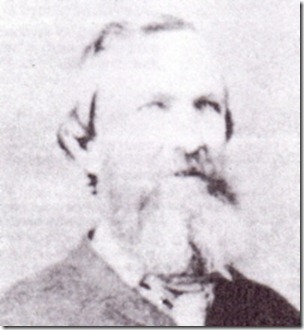 On my mother’s side – not convicts

National background should be obvious. Here is my great-grandfather.

We do well on Australia Day to quietly think of all such stories that make up our country, including all more recent arrivals from so many backgrounds who are all of them the reality that now is Australia. 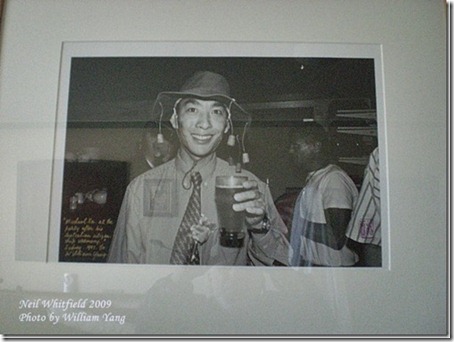